Merry Christmas from the Gammons Fam 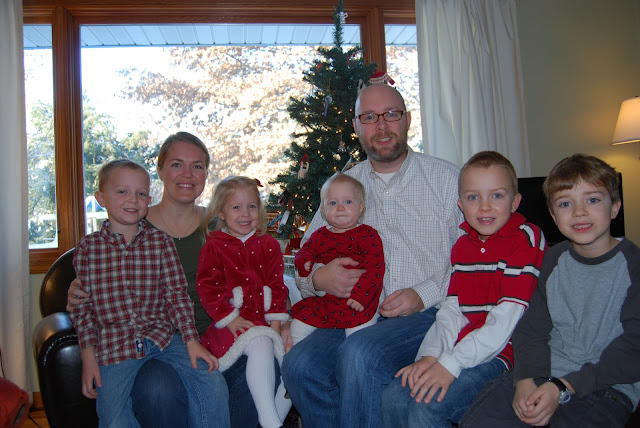 Yesterday in our 4th Grade Sunday School class we had a small Christmas celebration.  The week before during the singing time K, one of our special needs girls said, "We're supposed to sing Christmas carols," so we decided to have a time of Christmas carol requests.  Shube came in to play the piano and we were rollin'.  During the first song, K made her way to the front to do some signing to the songs.  She was right next to me.  At one point, she leaned close to me and said with a huge smile on her face, "We're both wearing red today."  All the kids were having fun, but K especially so.  As I looked into the class of about 40 4th graders and 7 or 8 adults, the smiles were huge and we all enjoyed K enjoying herself.  She requested Jingle Bells and we all dove right in.  We sang lots of traditional carols: Silent Night, Hark the Herald Angels Sing, etc.  We finished with a roaring rendition of Rudolph, requested by K!  The teachers in the back sang out all of the "like Monoply" and "like George Washington" tags.

I prayed at the end of our singing, thanking God for the gift of Christmas and the gift of songs that worship him and allow us to enjoy each other.  Is there anything that makes someone enjoy themselves more than seeing someone having a great time?  That was the gift that K gave us yesterday (and has given us often.)  This is the body of Christ.  God has created all kinds of people to give us joy and to bring him glory.  K certainly did both yesterday.  She gave all of us an early Christmas highlight.
2 comments:

In the spirit of the Great Recession, we hope that you'll accept our Christmas letter in this very informal, yet frugal electronic media.

Amanda and I (and at times, just Amanda) have been enjoying the BBC series Lark Rise to Candleford.  We have borrowed Season1 on DVD and only have a few episodes left.  It is the story of two small towns in England in the late 19th century.  Lark Rise is the lower class hamlet, while Candleford is the larger, wealthier town.    The main character, Laura, has moved from Lark Rise to Candleford to work with her mother's cousin, Miss Lane the Postmistress.  Laura struggles between the new joys of Candleford while seeking to stay true to her home in Lark Rise.  The stories focus around issues of class, politics and romance.

It is a show that we can watch and enjoy by ourselves, but don't feel like we need to shield the eyes and hearts of our children from.  If you're interested, check it out from your library or try and find it on Netflix.  I don't think you'll be disappointed.

Catch a little glimpse of what it's all about with this fan made trailer.

Does it get any better than this? 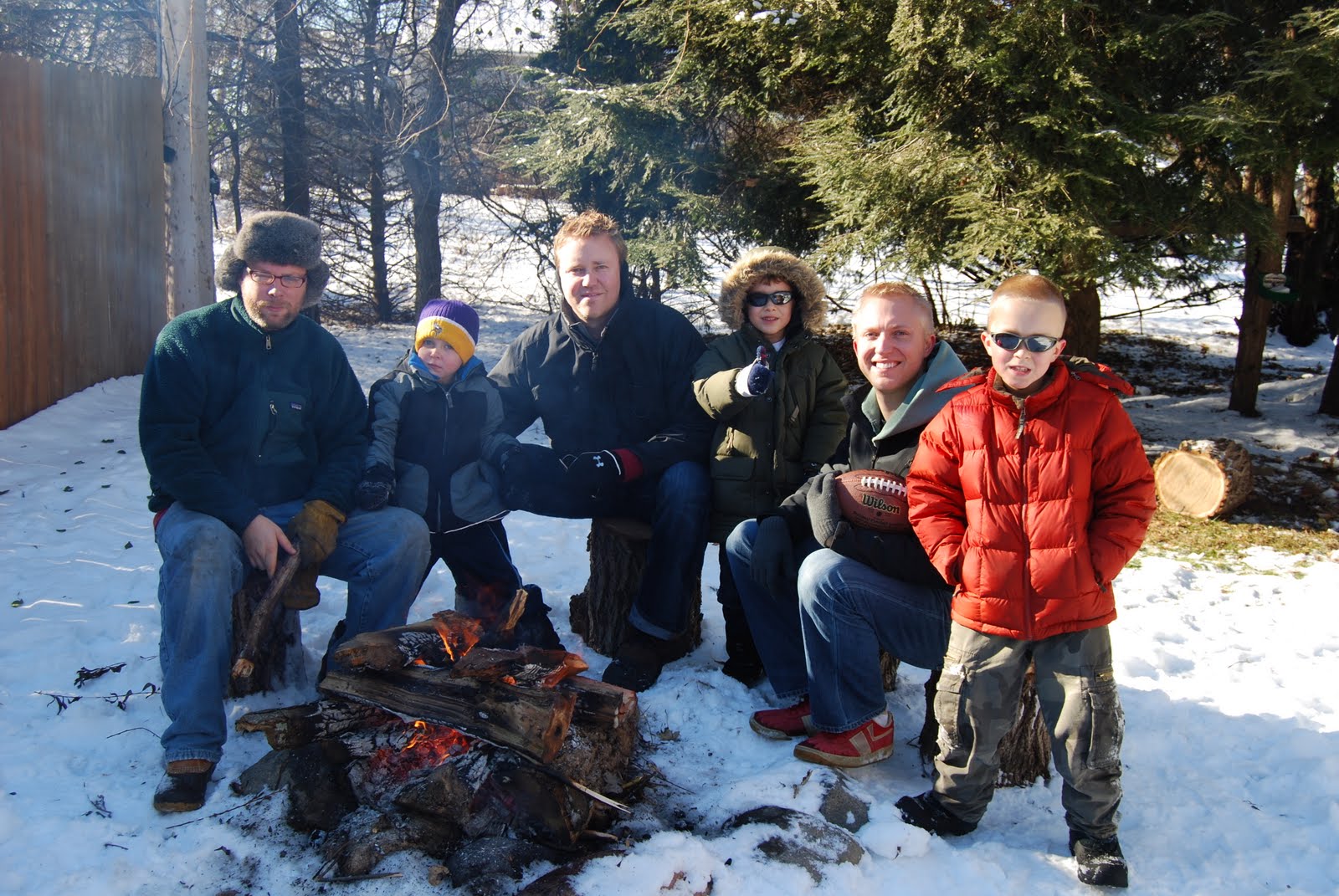 I posted about this after Thanksgiving and you can read Gregg's post here, but I wanted to revisit it. In my mind there are not too many things that I enjoy more than being outside next to a fire. Winter, spring, summer or fall, a fire is an amazing thing. I have enjoyed many memorable camp fires.
Do you like a fire? Do you have memories of some of your best ones? Share them in the comments.
4 comments:

Sick as dogs, snow up to our arm pits and no Vikings game

Sick as dogs
For the second or third time (depends on how you count) in the last couple of months everyone at the Gammons house was sick this past week. First Lucy, then Matthew and Molly, then Ben and Caleb, then Amanda and on Saturday it was me. It involved various combinations of vomit, diarrhea, fever and headache. Thanks be to God, we are all now fairly healthy.
Snow up to our arm pits
This weekend we got dumped on. Saturday while I was laid up, Amanda was out shoveling the drive. She was able to keep up with half of the driveway so that we could at least get out. For some reason we decided to get Papa John's on Saturday night. As soon as I left our driveway, I knew it was a bad idea. They hadn't even plowed our street. Thankfully, I grew up in Alpena and have driven in that kind of mess a time or two. The main rule is whatever you do, DON'T STOP. When you stop, you get stuck.
I was feeling better by Sunday morning so Ben and I finished the other side of the driveway and the end where the plows dumped the whole street. Our neighbor waited to do anything until Sunday and it took him hours to go through all of it, even with his snowblower.
No Vikings game
Mom gave us tickets to the Vikings vs. Giants game for Christmas. We prayed on Saturday night that I would feel better so that we could all go to the game. Then the Giants got stranded in Kansas City on their way to MSP. They postponed the game until Monday night. No problem! That actually was great. Then on Sunday morning the roof of the Metrodome collapsed. If you haven't seen the video, watch it.
They moved the game to Detroit. I called Mom to see if she wanted to meet us there. It's a twelve hour trip for us, but she said it was really bad weather there. It would have been a fun road trip, but not if we had to drive into what we just had. We are supposed to get a refund for our tickets so we'll see how that goes.
4 comments:

Our friend Teresa, just recently posted of how a cup of tea is a small delight for her. It got me thinking of the many small delights in my day.
These are the mundane, everyday blessings that are often overlooked. How about you? What are the small delights in your day?
7 comments: