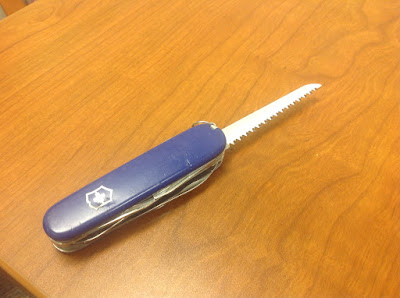 Everyone who carries a Swiss Army knife probably has a story like this.  My knife was a gift from my mom from when she and Tricia went to Europe.  The other day when it was about 10 below zero outside, I parked my car at church and ran the front end into the snow bank.  The driver's side front corner bumper cracked.  No big deal.  It's my "back and forth to work" car.  This weekend though Amanda and I drove it on a date to the other side of town.  At about 70 MPH, the bumper started to flap in the wind and began hitting the front wheel.  I got off at a gas station and tried to just break the piece off.  No luck.  I pulled out my knife out.  Pulled the saw blade out, sawed the piece off and we were back on the road.  This is why you too, should carry a Swiss Army knife.  You never know when you might need . . . a saw blade for instance.
1 comment:

Amanda likes to be organized.  We are transitioning Nathan over to some food.  In preparation, she got online and ordered all the food and a three tiered organizer for the pantry. All this an she never had  to leave the house.  We love the internet sometimes. 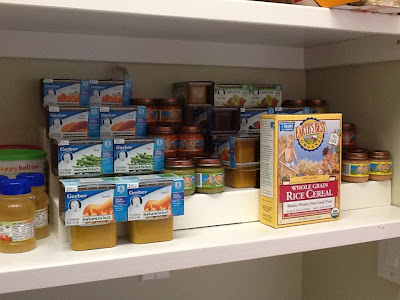 Ben's been playing basketball this year with the local recreational basketball league.  It has been the highlight of his fall and winter.  His team is currently 3-3.  Last weeks game was the most fun game to watch so far.  In the first half, they were up by 9 points.  His team was totally dominating the other team defensively and really winning the battle of the boards.  They were running their offense well and every time they sent the ball into the paint, they scored.

Then the second half . . . The other team came back and with just a few minutes to go, they were up by 1.  Our ringer, George, came down and scored to put us by one with less than a minute to go.  We stopped them on defense and all George had to do was dribble out the clock. 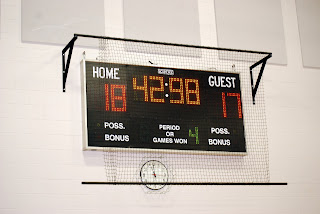 It was very intense.  Ben played a really well.  He scored and even got to the line to shoot two. 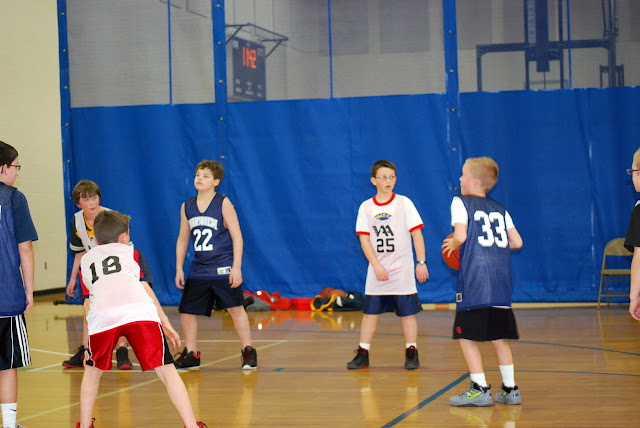 On a parenting note, I didn't have my best game.  I am a pretty vocal spectator. (Surprise, surprise!)  I know all of the boys names and cheer them all on.  I'm always positive.  I never talk to the refs.  They are high school kids who are just learning.  They get about 70% of the calls, sometimes intentionally.  If they called every double dribble and traveling, the game would go nowhere.  Well, at one point, Ben was taking the ball out and he passed it and the ball hit the back of the backboard (out of bounds).  The refs didn't call it and play continued.  At the next dead ball though they said it was out ball.  The opposing coach yelled, "It should be white ball, that was out of bounds when it hit the back of the backboard."  So I yelled fromt he other side of the court, "Let 'em call the game."  The coach looked right at me and said, "We've got to remind them sometimes."  Thankfully, that was the end of it.  I didn't say anything else.

We asked Ben and Caleb later if they were embarrassed by me at game.  They said no.  I hoping to keep my mouth shut a little more at this weeks game. 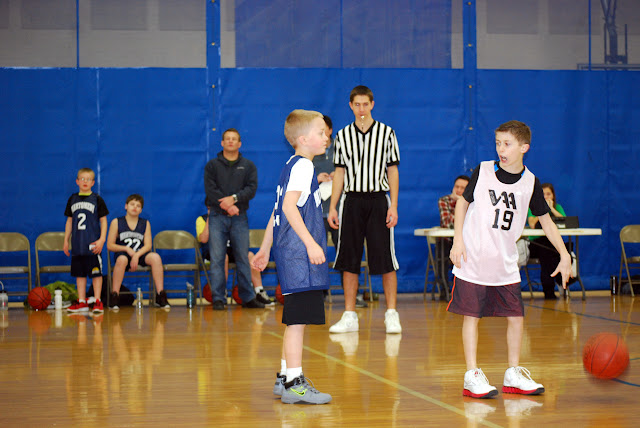 Amanda got me some bluetooth headphones for Christmas.  I brought them to work and have been rocking them here.  They're pretty sweet, wireless, good sound.  One of the ladies in the office said that I looked like a character from Star Wars though.  I knew just who she meant.  With a quick Google search, I found out she meant Lobot, the little known assistant to Lando Calrissian.  See what you think from the photos below. 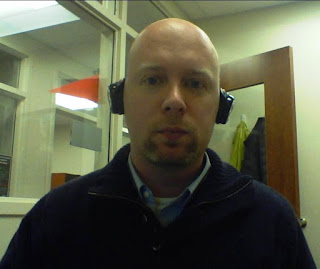 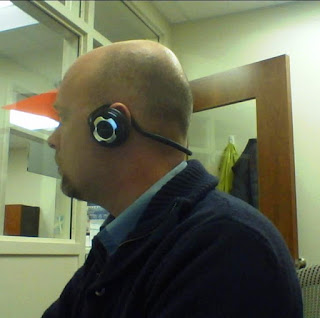 One more of Nathan

Seriously.  Can you believe this kid? 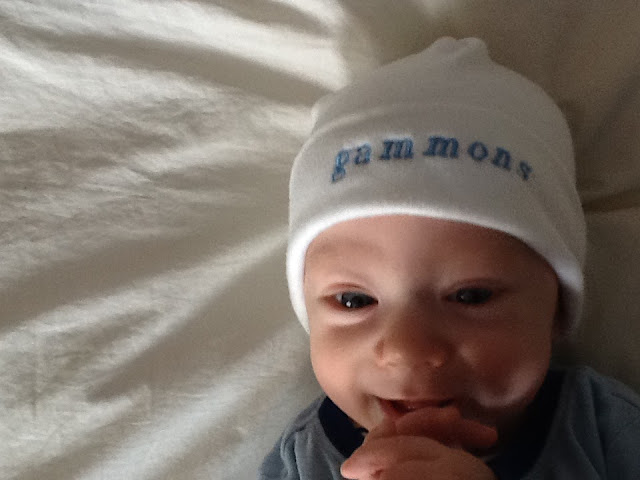 He's gotten some teeth which has made for some crabby periods.  He's moved into the pack-and-play in our room.  He's not sleeping as well as he used to, but he sure is a sweet little guy.  We have loved every moment of our time with him.  How couldn't you when this is the smile that he flashes when he wakes up.  Puffy eyes, blurred vision, and a huge smile.  His brothers and sisters can't get enough of him.  They fight to see who gets to hold him.  We are so thankful for the latest addition to our family.  We love you Nate Dogg! 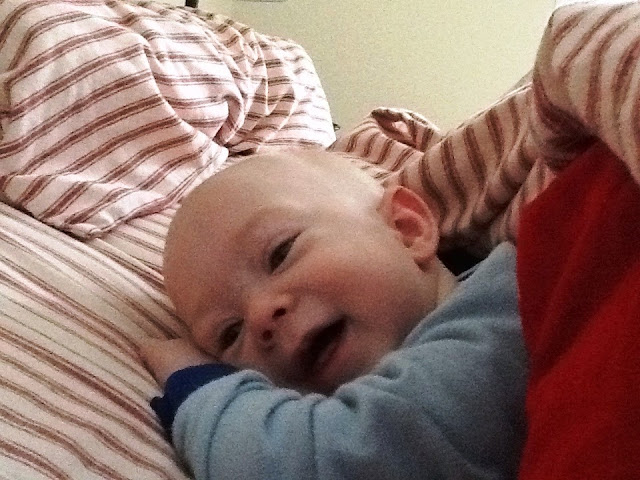 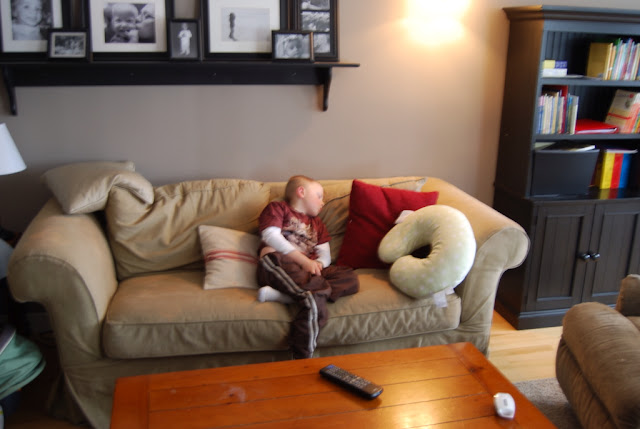 On Saturday afternoon, for quiet time, I told Matthew he could hang out in the play room and read or relax.  I came down an hour or so later and found him cashed out on the couch sitting up.  We have all felt like this around our place lately.  It was so much fun to come down and find him like this.  I love that kid.
2 comments:

The Chickens Are Here

This weekend while Amanda was recovering from surgery to remove a large kidney stone, we picked up our neighbors three chickens. 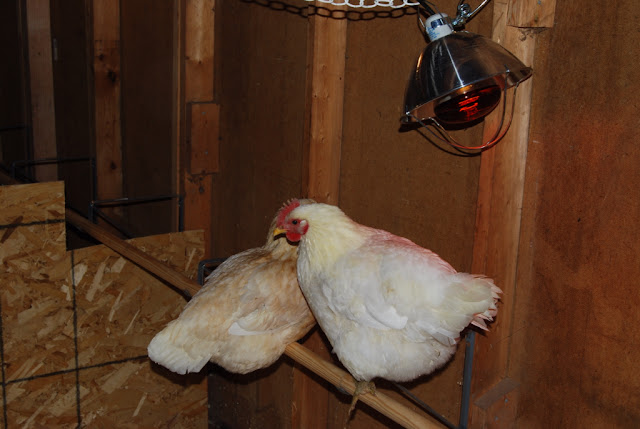 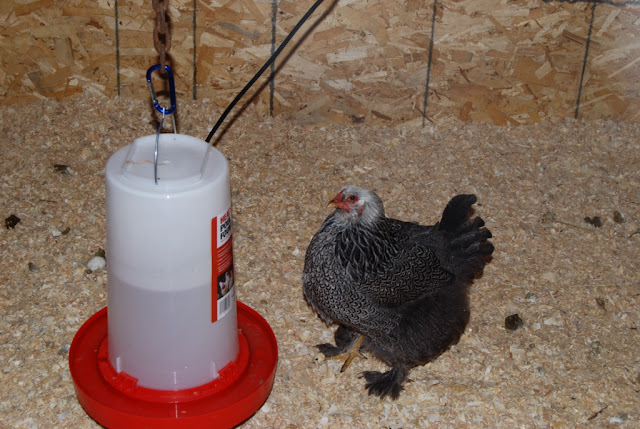 It was VERY cold this weekend, dropping down to 4 degrees at night.  But when I went out this morning, the thermometer in the chicken coop said just under 20 degrees.  Our heat lamp, chicken body heat and a little shelter make a lot of difference.  We've only gotten 4 or 5 eggs so far.  Stress is not a good thing for egg laying.  The kids are very excited about the chickens.  We'll hope that continues as the chores increase and the novelty wears off.
3 comments:

The Chickens Are Coming

This summer we got some really great neighbors.  We have really enjoyed getting to know them and their kids.  A few weeks ago they came over and said that they were moving to Vermont.  They wanted to know if we wanted to have their three chickens.  We have been planning on getting chickens this spring.  We have begun readying the shed and a chicken run for them, so we figured the neighbors chickens would be a good test run.  All we had left to get ready was some nesting boxes.  I did some research online.  If you know me though, you know that I am not what you might term "handy."  I'm adventurous though and willing to take a crack at anything.

We got some old lumber and scraps from the neighbors and with the help of the boys, came up with what I think will work great. 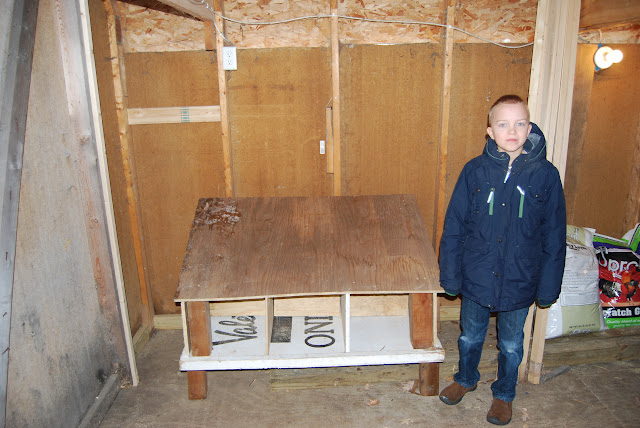 The part I enjoyed most about this project was working with the boys.  Of course Matthew was right in there from the start.  Caleb joined us for the last night of work.  Ben though, was my right hand man.  It was great to watch his mind work to think through how we could solve the problems and get the thing together.  As I was working through this, I did think that it might have been a good idea to actually work through the homework in Mr. Hall's geometry class in 10th grade.  It sure would have come in handy.  The chickens come this weekend. 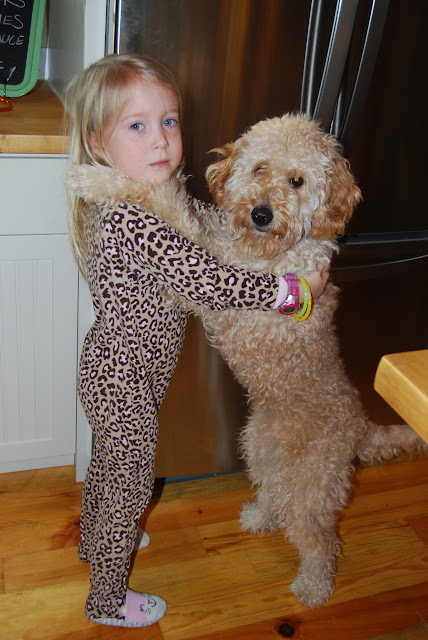 I finally pulled some pictures off of the camera from Christmas.  First, why do we take pictures on Christmas morning?  Do we really want pictures of all of us puffy-eyed, pale as ghosts, me in my robe, etc.?  I guess they're for documentation purposes more than anything else.  Second, we had a great Christmas.  It was fun to have four of the six kids sing at church on Christmas eve.  It was great to be home with the family for an extended time and just hang out.  We didn't travel.  We just enjoyed each other.

Here are some of my favorite pictures of the kids from Christmas eve. 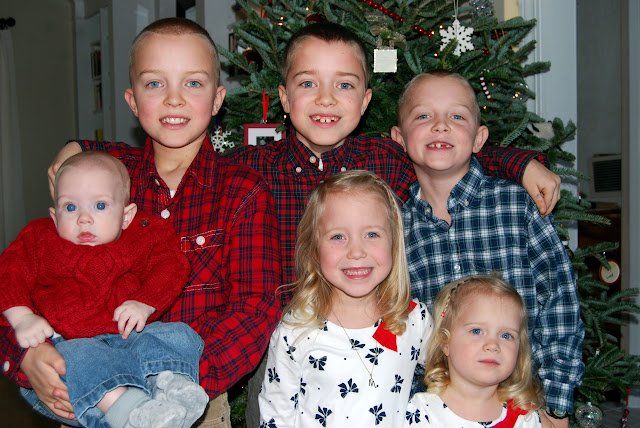 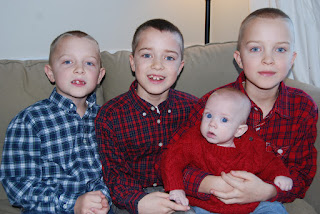 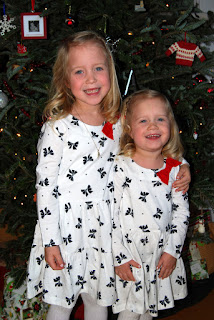 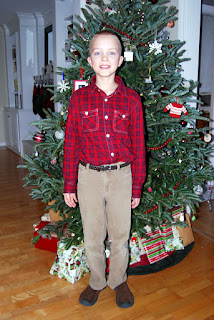 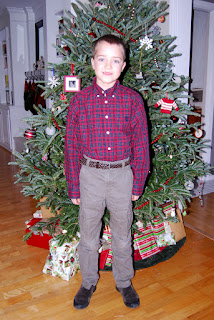 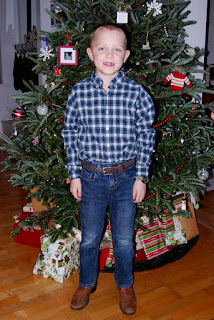 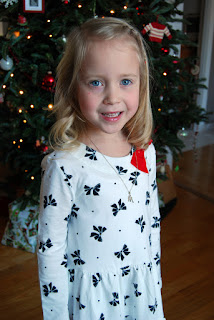 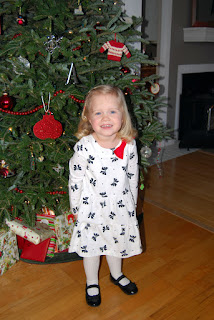 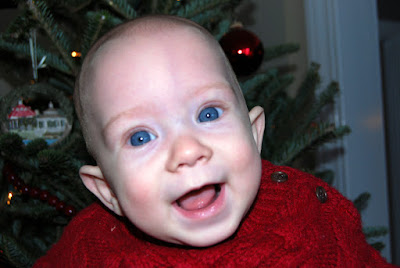