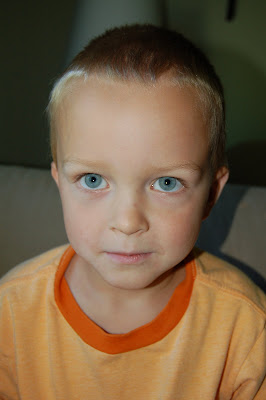 It was Valentine's Day 2001. We lived at Calvin College in Grand Rapids, Michigan. Amanda handed me my Valentine's gift, a DVD of Snow White. We had talked about collecting Disney movies for the kids that we would have some day. I said, "What is this?" "It's for you to watch with our new baby," she said. I was so surprised, excited, and a little nervous. I didn't know what I had gotten myself into.

Five years later, tomorrow Benjamin turns five-years-old. In the morning Ben and I will go for breakfast at the Cobblestone Cafe. I have taken each of the boys out for breakfast on their birthdays. It's a lot of fun. Then we're going to the Mall of America. I am sure that Ben will want to spend most of the day looking at the Lego store. Then we're just going to have his favorite meal (a Gammons tradition) of pork chops. Amanda and I are going to try and construct a cake that looks like a Lego brick. We'll see. He has been waiting for this day for months.

It has been an amazing five years. I have learned so much and ideally been shaped to be more like Christ. It sure hasn't been easy, but it sure has been amazing. Thank you Ben. 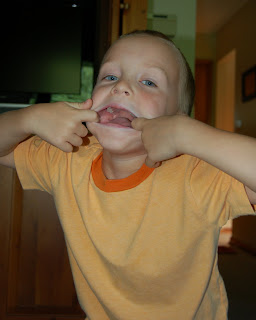 Happy B-day to Ben! Also, I wanna see pictures of how the Lego cake turns out...he's gonna love it.

I remember when Amanda gave us Valentine cards announcing her first pregnancy. That seems forever ago. We love Wenjerly also.
T