Where did this little boy come from? 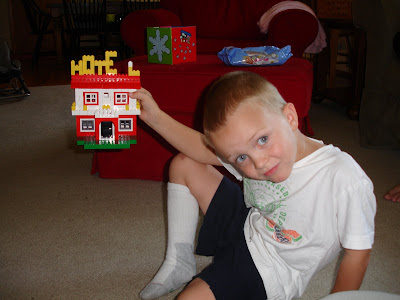 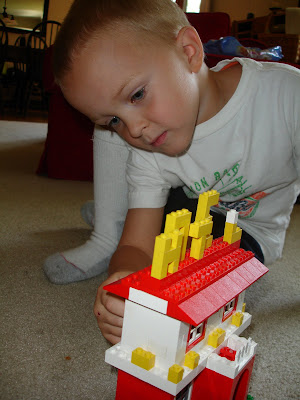 All of the sudden our little toddler Benny, has been replaced with a very sweet little boy name Ben. It has been so fun to watch him mature and grow. More than anything right now, he is WAY into Lego (as you can see from the hotel that he built above.) Every day he wakes up and gets right to work. The other day, Caleb or Matty broke one of his creations and he said to Amanda, "Oh, no! Now I am going to be so busy tomorrow. I'm going to wake up-LEGO. Eat breakfast-LEGO. Eat lunch-LEGO. Nap-time-LEGO. . . ."

He is amazingly considerate for a five-year-old. This week Amanda was asking him what he wanted to do on his birthday. He replied, "I think I want to go to Mall of America, if you think Molly could handle that." I asked him later what he wanted to do at the MOA. "Go and look at the LEGO's. Then maybe we could do something you guys wanted to do." Of course, this is Ben all the time, but he really is a very nice person to be around. He turns 5 next week.

And,
good to get updated on you and yours. This is the first time I've been online since before the move. All is well in IN. Hoping to talk to you soon. The kids look great. It's fun to see Molly in all Davy's old clothes.
T

By the way...which ipod docking station do you recommend?
T